The Nigerian brothers who were hired to fake an attack on Jussie Smollett have apologized for their involvement in the staged attack. 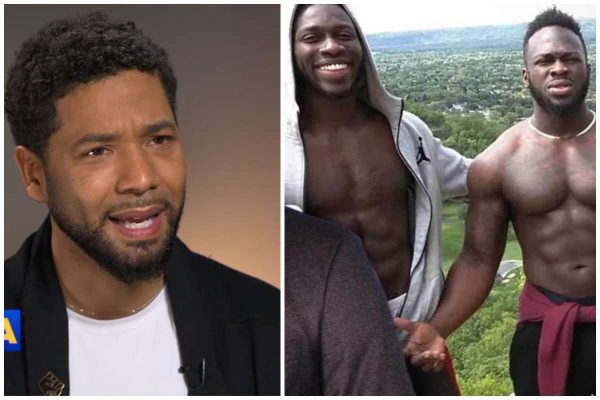 The statement from Abimbola “Abel” Osundairo and Olabinjo “Ola” Osundairo was issued late Thursday by their attorney, Chicago lawyer Gloria Schmidt, to CNN and CBS News in Chicago. The statement read;

“My clients have tremendous regret over their involvement in this situation, and they understand how it has impacted people across the nation, particularly minority communities and especially those who have been victims of hate crimes themselves,”

Recall on the 29th of January, Jussie Smollett claimed that he was the victim of a homophobic and racist attack during a night out in Chicago.

After further investigation, Chicago PD claimed that the star actually staged his own attack, and hired the brothers for $3,500 to partake in the attack.

The Chicago PD has brought in evidence of text messages between Smollett and the Osundario brothers to prove that the attack was staged.

Smollett, was arrested for disorderly conduct on Feb. 21. He was later released after posting a $100,000 bond. Smollett and his legal team maintain his innocence.

If convicted, Smollett may face up to three years in prison while the Osundairo brothers are yet to charged at this time.