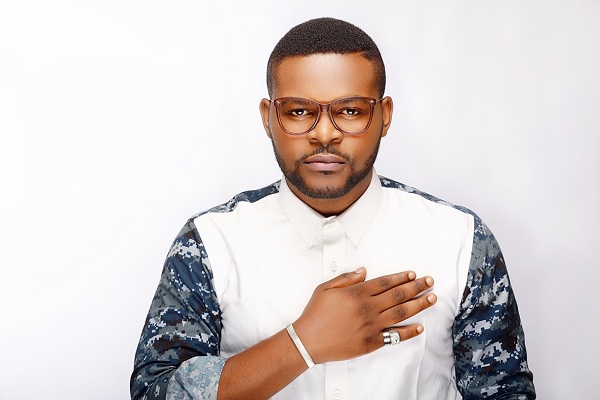 The case of two men, who allegedly raped and filmed 23-year-old girl in Lekki has continued to generate reactions online from Nigerians.

This time around, popular Nigerian musician, Folarin Falana known as Falz, has been dragged by Nigerians into the case.

In a call for justice for the girl, some Nigerians on social media called on Falz known for singing about ills in the society to lend his voice to the issue.

Reports making the rounds had it that the suspects: Don-Chima Enyinnaya George and Olusegun Rasak arrested in connection with the case of rape at Lekki area of Lagos were released by the police.

However, the force in a press statement signed by CSP Dolapo Badmus, PRO Zone 2 debunked the reports saying the suspects were still in the police custody.

Meanwhile, Falz is yet to comment on the issue:

@BusolaDavid_ “Falz needs to drop a song about rape! Since he likes taking about ills of the society.”

@thesurexblake “Even after the miracles Jesus performed he was still crucified, So even if Falz puts out a song about every ill in society most of you will still drag him, humans are never just satisfied!

@Biisi96 “Is Falz the only musician in Nigeria? Since they are only doing this out of spite because the shoe he presented to everybody fit them and they wore it they won’t realize Falz actually has a song addressing rape. But let’s go off I guess.”

@Defnotyourmate “Agreed but since Falz is now a ‘moral activist’ what stops him from singing about this one too? People are singing about it, It just seems like a deliberate miss on his side.”

@Mbakutheking “Why are you dragging Falz. Seems like the transactional sex song really got to you guys deep. Meanwhile Falz has a song about rape and it’s called, “Child of the world”.

@VictorTerhemba “Like someone got raped and Falz is being dragged like Falz is the system. Who will drag the police for allegedly letting the rapists go free? Who will drag the government? They are not even dragging the criminals or the father who is alleged used his money to bribe the police.”

@Osi_Suave “Rather than face the people that committed the crime, you are attacking Falz. Some of you are just daft.”

@Octacore “So what happens to your great Linda Ikeji that’s covering this whole shit up? Y’all don’t just have sense at all. Falz that wasn’t even in the scenario of the rape has been dragged over something he’s addressed.”

@PastorOla “Two men raped a young woman.
The said young woman’s brother got them arrested. They were later released by the police and then the father of one of the rapists arrested the victims brother.

“But the thing giving your wcw headache in this story is Falz not singing about rape.”

@Enekemgreg “Rape and Sexual Abuse is a Crime and a Sin. Do you need really Falz to tell you that?

@Chemicalboyy “Razak Oluwaseun Oke and Don Chima George should be the one Dragged here not Falz. And note Falz has a video and song about rape, which is child of the world.”

@SheisBoki “Falz, where are you when you are needed? The musical messiah for social justice?

@I_PissVodka “The sensible ones are out there fighting for justice for rape. The other ones are here dragging Falz into it.”

@Tosinolugbenga “Falz is not the only musician in Nigeria that is supposed to sing about morals.He already released a song, where he talked on Rape (Child of the World).

“Condemn an act without dragging people unnecessarily.What’s evil is evil, we should all condemn it.”

@TomiwaImmanuel “Falz is trending. Of course. Mans could have been busy today, only to come online in the night and see he’s trending for not speaking about a story he may or may not be aware of. Let’s focus on the rapists and getting justice for the victim please.”