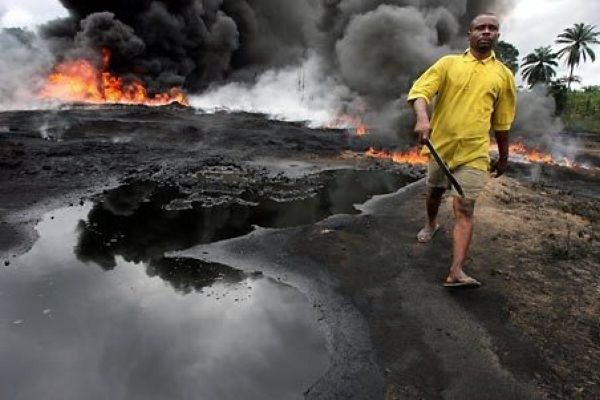 The National Oil Spills Detection and Response Agency (NOSDRA) says Aiteo, operator of Nembe Creek Oilfields within OML 29 is resisting efforts to probe the cause of Friday’s explosion in Nembe.

The Shell Petroleum Development Company, in 2015, divested its equity in OML 29 and transferred its interest for $1.7 billion to Aiteo, an indigenous Oil and Gas Exploration and Production firm.

Francis Umeh, Head of NOSDRA’s Field Office in Bayelsa State, told the News Agency of Nigeria in Yenagoa that Aiteo had frustrated plans by the spill agency to visit the site for assessment.

Umeh regretted that the stance of the oil firm was slowing NOSDRA from promptly carrying out its mandate.

He said: “We are experiencing resistance from the operator and we are currently mounting pressure on them for us to be given access to visit the site for preliminary assessment and so far they have been uncooperative.

“The incident occurred on Friday and it took them some time to report it officially to NOSDRA.

“We have plans to visit the site but the operator is resisting and frustrating our efforts.

“We are in touch with our Zonal Office and Headquarters on this and we are briefing them on developments.

“We also want to commence a Joint Investigative Visit at once if the environment is conducive.

“It is the JIV that will establish the cause of the explosion and the volume of oil discharged.”

On the claims by Aiteo Eastern Exploration and Exploration Company that investigations into the explosion, which occurred at an oil well within Aiteo’s oil block in Nembe, was on, Umeh said NOSDRA was not part of the said probe.

However, a statement signed by Aiteo Management made available by its Public Relations Manager, Ndiana-Abasi Matthew, on March 2 claimed that investigation into the incident was underway and given priority.

Matthew said: “On 2 March 2019, a suspected explosion occurred within the vicinity of Nembe Creek Well 7, behind Mile 1 Community in Bayelsa State, which is not too far from Nembe field logistics base.

“In spite of initial challenges, our operations team was able to access the well head area when the fire had completely died down on early hours of March 2.

“Preliminary investigations confirmed that there were no fatalities; human incidents or damage to community property. All the wells and facilities in the immediate vicinity have been inspected and secured.

“Full investigations to determine the cause of the fire and, in particular, to determine whether this may have been caused by third-party infractions remain ongoing.

“These investigations are being pursued with the utmost urgency and have been given the highest priority.