At least two people were electrocuted on Tuesday while working on bank building in Jos.

The incident reportedly happened at the site of a newly constructed bank at Sparkling Junction along Yakubu Gowon Road in Jos South Local Government Area of the State.

One other person was also taken to the hospital after the sad incident.

Witnesses at the scene said the men were electrocuted when an iron ladder touched a high tension wire. 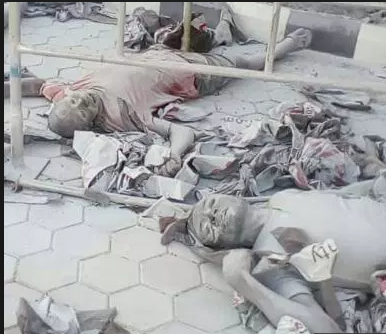 The victims, it was learnt, were peeling off the stickers on the Arco board on the wall of the new bank building when the iron ladder suddenly came in contact with a high tension wire.

“The incident occurred when NESCO (the local power distribution company) turned on power and the victims were suddenly electrocuted. One was taken to the hospital,” the witness said.