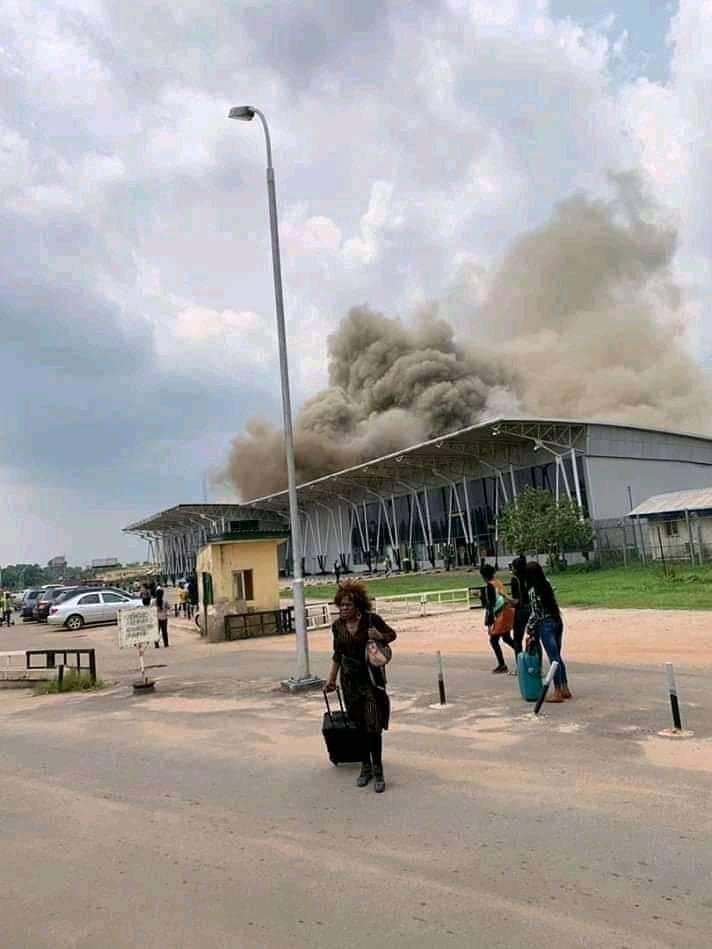 The Federal Airports Authority of Nigeria (FAAN) has said that there were no casualties in the fire incident that occurred at the Sam Mbakwe International Cargo Airport, Owerri, on Monday.

The General Manager, FAAN’s Corporate Affairs, Mrs Henrietta Yakubu, told the News Agency of Nigeria (NAN) that the video circulating on the social media was fake.

The Monday fire outbreak, which affected parts of the terminal building, started at about 2.00p.m but was “swiftly curtailed” by officers of the FAAN.

Yakubu said the fake video was from a petrol tanker accident from somewhere, adding that it was the handiwork of mischief makers.

“The attention FAAN has been drawn to a false and malicious video presently trending online to the effect that there were casualties in the unfortunate fire incident that occurred at the Sam Mbakwe International Cargo Airport, Owerri yesterday (Monday).

“The Authority will like to state unequivocally that there was no casualty, as the fire was swiftly curtailed by officers of our Aerodrome Rescue and Fire Fighting Services.

“The Authority will like to advise those spreading this falsehood to desist from such acts in their own interest,” she said.

Yakubu added that all airports in the country under the management of FAAN were adequately equipped with fire service and other emergency equipment.

‘‘FAAN is committed to her core values of safety, security and comfort,” she added.

The Coalition of Northern Groups, CNG, has enjoined