You can lower your overall cancer risk through regular consumption of turmeric. Special interest in the cancer research on curcumin has been its well-documented role in detoxification. Curcumin has consistently been shown to stimulate Phase II detox activity. This phase of detoxification allows our cells to bind potential toxins together with other molecules so that they can be excreted from the body. As more and more potentially toxic substances get bound together with other molecules during Phase II processing, our risk of cancer development decreases.

In some studies, increased interest has been shown in the potential for turmeric to improve chronic digestive health problems including inclusion of turmeric as a spice in a recipe can help regulate blood fat levels after a meal.

The dried powdered spice that many people use in recipes comes from the root (rhizome) portion of the plant Curcuma longa. The unprocessed form of this root bears a strong resemblance to ginger root, and that resemblance is not a coincidence! Turmeric, ginger, and cardamom are plants all belonging to the Zingiberaceae family—also known as the ginger family. You’ll sometimes hear turmeric being referred to as Indian saffron since its deep yellow-orange color is similar to that of saffron. You’ll also sometimes hear it being referred to as curcuma, after its best-studied polyphenolics component, namely, curcumin.

Turmeric is native to India and Southeast Asia, where it has been popular in cuisines for several thousand years. In addition to its culinary use, turmeric has remained a mainstay herb in botanical medicine, with medical usage going back thousands of years. In Nigeria, some considered it as a natural food coloring agent.

On a worldwide basis, about 800,000 tons of turmeric is produced each year, with over 75% of this total amount coming from India, which also the world’s largest consumer and exporter of turmeric. In terms of exports, over 50% of all global exports come from this country. After India, the greatest turmeric production currently occurs in Bangladesh, Pakistan, Sri Lanka, Taiwan, China, Myanmar, and Indonesia. Turmeric is also grown commercially in many Central and South American countries.

UNIQUE WAYS TO USE TURMERIC

I have been a longtime turmeric lover. I throw it into almost everything I eat, Oh, you know how it goes! There are so many ways to use turmeric and I’m so excited to share some with you! Turmeric is rich in antioxidants. It’s liver protective, but by certain mechanisms it can aid weight loss. Antioxidant power lends itself to helping our skin glow. Turmeric has anti-microbial properties. It has the ability to boost brain power. It might be tough to believe that one ingredient can do all this and more, but it can. That’s the magic of using whole, real, powerful foods. They never work on just one action – but have a multitude of applications. But still little do people know about the power of Turmeric. It’s said in the botanical world that turmeric is one herb that really shines above the rest. Try integrating turmeric into your diet and thanking me later.

Newbies you’re going to want to start slowly. The flavour is strong and many of us are not one we are accustomed to it. I’d advice starting with a pinch working your way up gradually. But once you begin using it, you’ll never want to stop! Here are some of my favourite ways to use turmeric to get you started.

During cold and flu season, make a turmeric tonic using fresh or ground turmeric, citrus and ginger, and honey. Boil it together and add honey to taste, this concoction works magic.

NEXT WEEK: UNIQUE WAYS TO USE TURMERIC (3) 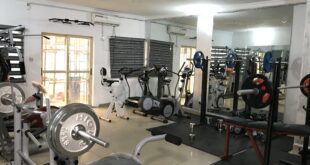 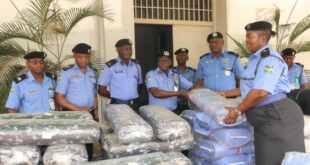 • As IGP Procures, Orders Distribution of 253 Operational Vehicles. The Inspector-General of Police, IGP …