WHAT YOU NEED TO KNOW ABOUT DEPRESSION (1)

It’s important to realize that feeling down at times is a normal part of life. Sad and upsetting events happen to everyone. But, if you’re feeling down or hopeless on a regular basis, you could be dealing with depression. There’s no reason to suffer in silence, or to guess whether or not what you’re feeling qualifies as depression.

People experience depression in different ways. Depression can be classified as a mood disorder. It may be described as feelings of sadness, loss, or anger that interfere with a person’s everyday activities. It may interfere with your daily work, resulting in lost time and lower productivity. It can also influence relationships and some chronic health conditions negatively.

Depression is considered a serious medical condition that is diagnosable and treatable condition. It can get worse without proper treatment. In short depression hurts and breaks one down.

These physical symptoms of depression prove that depression isn’t just all in your head. It can extend beyond your mind. Depression can be more than a constant state of sadness or feeling “blue.”

Some people may experience symptoms related to their:

Children may experience symptoms related to their:

Previous SECURITY: Lagos CP Parleys Chief Judge, Attorney-General for Smooth Dispensation of Justice
Next “Even her salary no reach” – Oritsefemi replies critics saying ‘his wife is the one feeding him’ 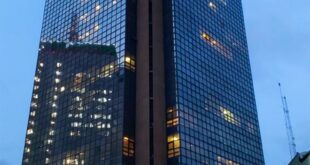 FirstBank: The Embodiment of Corporate Responsibility
And Sustainability