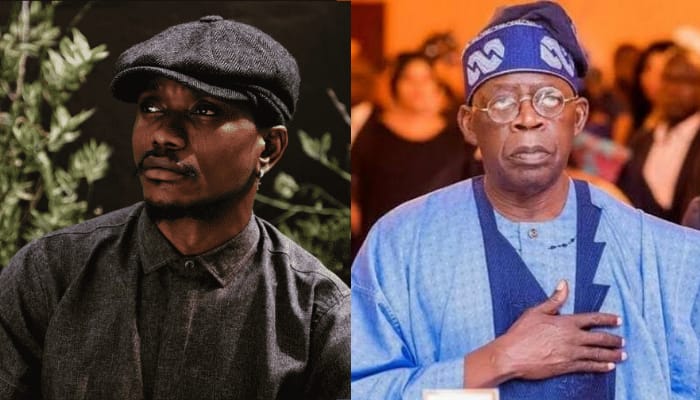 Singer Olawale Olofooro, popularly known as Brymo, has become a subject of trend on Twitter after the musician openly declared his support for All Progressives Congress presidential aspirant, Bola Tinubu, ahead of the 2023 election.

The singer, who described Tinubu as a “city boy” noted that the APC chieftain is the one with a plan for the country.

Brymo further claimed that he has never met Tinubu or his political affiliates, as he told critics to stop judging the aspirant based on old age.

It all started when a tweep @ambrosia_ijebu wrote, “This Jagaban (as Tinunu is also called) candidacy has truly helped me see that so many Nigerians actually don’t care about purposeful or diligent leadership.”

“Yet he’s the one with a plan, we all know that. Let a city boy be president for once!” Brymo responded.

He added, “I’ve never met the man, or anyone who represents, or is acquainted with him, or even his relations and political affiliates – and if we stopped trying to kill them off for being old.”

Following his comments, tweeps have knocked the singer for supporting Tinubu’s aspiration in the forthcoming election.

Replying to Brymo’s tweet, @tripex111 said, “I actually use to be a fan, because I really saw you as the Fela kind, who speaks against bad people, bad government and all, but no, you only have the gift of music with no empathy for the things you preach. You’re deluded, fam and I’m hurt.”

Another tweep, @shady_killz, said, “I really do love you as an artist. However, as a human being, I do not respect your stance on this matter. How can you in good conscience believe Tinubu has a plan? No Brymo, this one broke my heart.”

Following the knocks, Brymo cleared the air about his comments on Tinubu being a “city boy” and having a plan, noting that the city he was referring to was Lagos, which Tinubu governed from 1999 to 2007.

Brymo said, “About having a plan; You live in what town?.. I live in Lagos.. Yeah! City Boy. It is like Lagos moving into Aso rock. It is guaranteed to work!

“Even if looting is rife it’ll still be the best presidency yet. On God!”

Another tweep, @yemihazan, then advised the singer, “Instead of you to face promoting your album, now your fans will start looking at you with a side eye.” 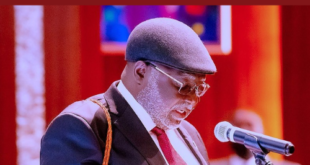 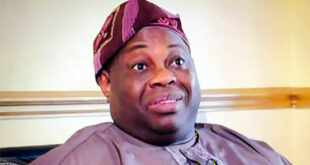 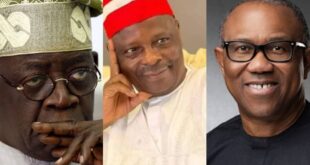