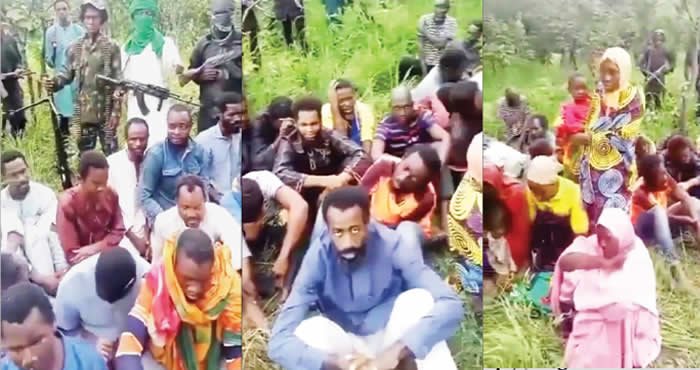 Hassan Usman, a lawyer and one of the abducted victims of the Abuja-Kaduna train attack, said he pitied those still in captivity.

This is because they were being beaten by the terrorists believed to be members of the Islamic State of West African Province.

Usman while speaking in an interview with the Hausa Service of the British Broadcasting Corporation, expressed gratitude to God for regaining his freedom.

The released victim is one of those who spoke in the viral video released on Sunday where they urged the United Nations, United Kingdom, and the Community of Nations to intervene in the release of the remaining hostages in the terrorists’ den.

According to him, on Friday, families of the victims attempted to rescue them but the government did not allow them to proceed on the journey.

He, however, said that another attempt made on Monday was successful, leading to the release of the three from captivity

He said, “the government has failed in providing security for life and property. It has failed to rescue us.

“I don’t know whether ransom was paid to rescue us.

“When the rain started; they erected makeshift shelters for us. They fed us according to their capacity. At times, they even slaughtered cattle and sheep for us. Even yesterday they slaughtered a cow and we ate; we thank Allah.

“Because of the government’s attitude, they were angered and they thoroughly beat us. We were severely flogged and that was just the beginning. This makes me pity those that are still with them in the forest.”