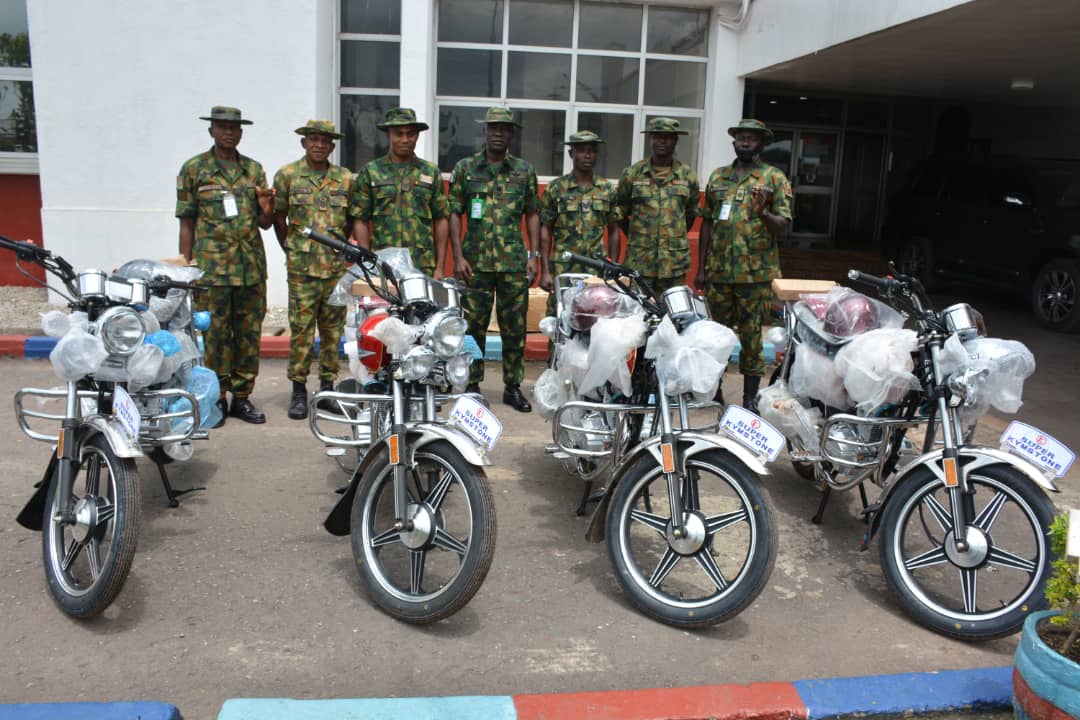 The General Officer Commanding 82 Division Nigerian Army, Major General Taoreed Lagbaja, has honoured four soldiers serving in the Division for their diligence while performing their duties.

A statement on Wednesday by the Deputy Director Army Public Relations, Col Abubakar Abdullahi, said they were honoured during an event held on Tuesday at Abakpa Cantonment Enugu, where each received a brand new motorcycle, in addition to letters of commendation from the GOC.

While making the presentation to the soldiers, Maj Gen Lagbaja described their conduct as commendable and exemplary and noted that the soldiers’ assiduousness in ensuring the hygiene of the various portions of the cantonment assigned to them was impressive. He charged other Division soldiers to emulate the honourees’ exemplary conduct.

The General Officer Commanding disclosed that the four motorcycles presented to the soldiers were a symbol of appreciation for their outstanding conduct. He, therefore, enjoined them not to relent in their duties even if they thought nobody was observing.

Each of the four awarded soldiers was drawn from various units of the Division and was picked after carefully observing their conduct over a period.

Previous Contempt: How A’Ibom CJ prevented lawyer’s release – NBA
Next “Wo, your eyes will see shege” – Reactions as lady gives reasons her man won’t cheat on her (VIDEO)