“If housewives get paid for doing chores, they would make more money than some bank executive” — Actress, Mary Njoku

Nollywood actress, Mary Remmy Njoku, has tackled those who don’t appreciate the hard work housewives put into maintaining their homes.

Taking to her Instagram page, the mother of three asserted that women play multiple roles in the home and the least people can do is appreciate them for the effort instead of denigrating them. 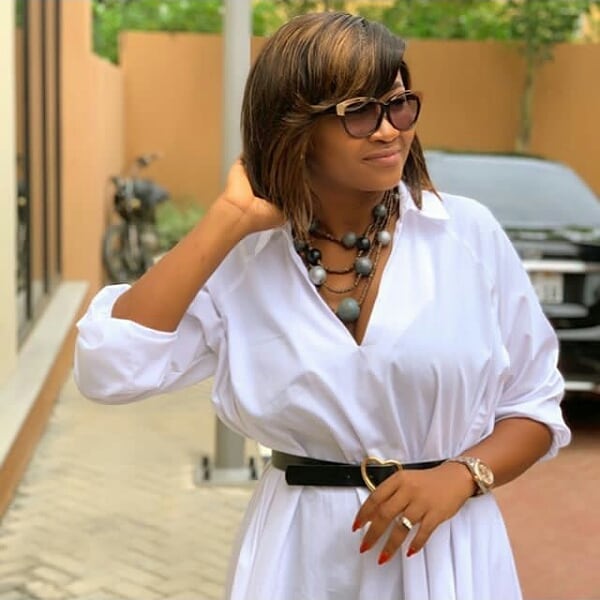 According to her, if housewives get paid for chores they do at home, they would be earning more money than some bank executives because they combine different roles.

“Almost 78% of the chefs and headcooks in the world are men. And some idiots will say ‘a woman’s place is in the kitchen’. 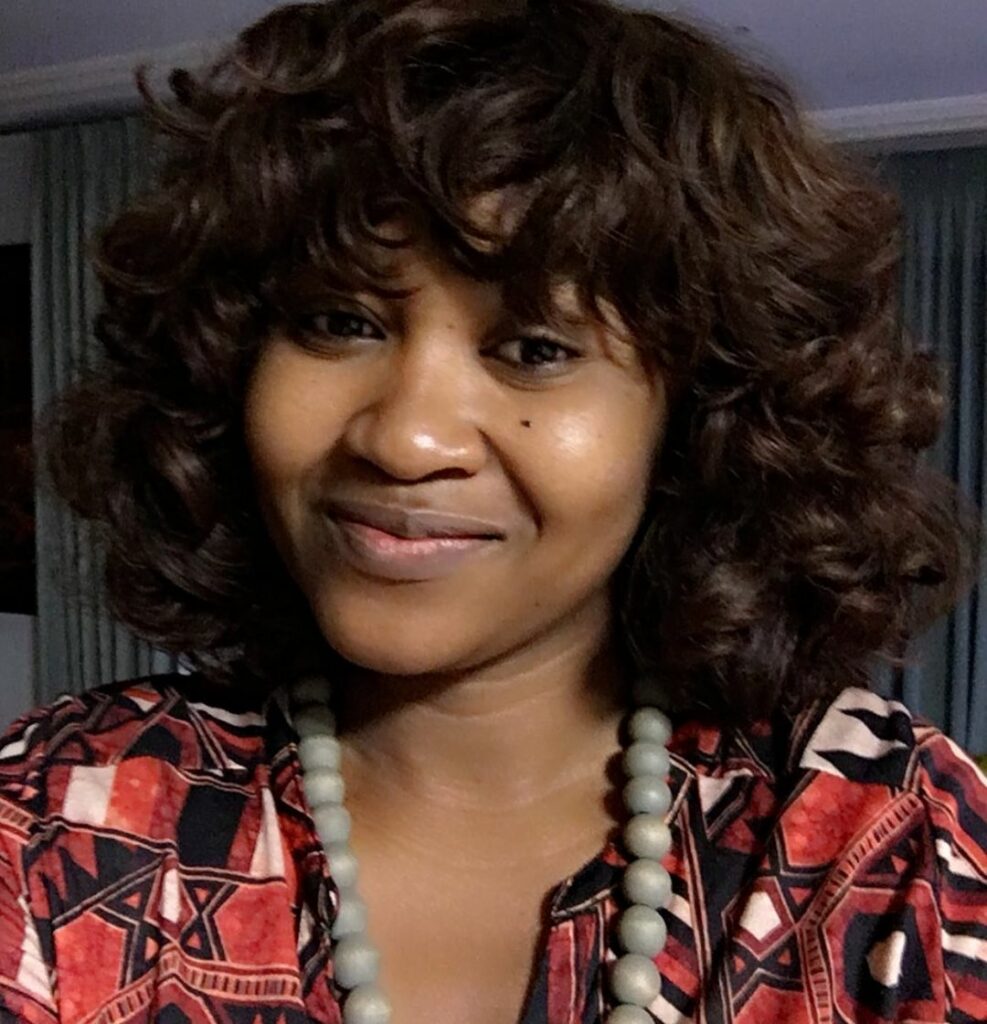 All those in one person.

Lets learn to appreciate the ‘good’ house wives. Cos if they get paid for all the work they do, they will make more money than some bank executives.” 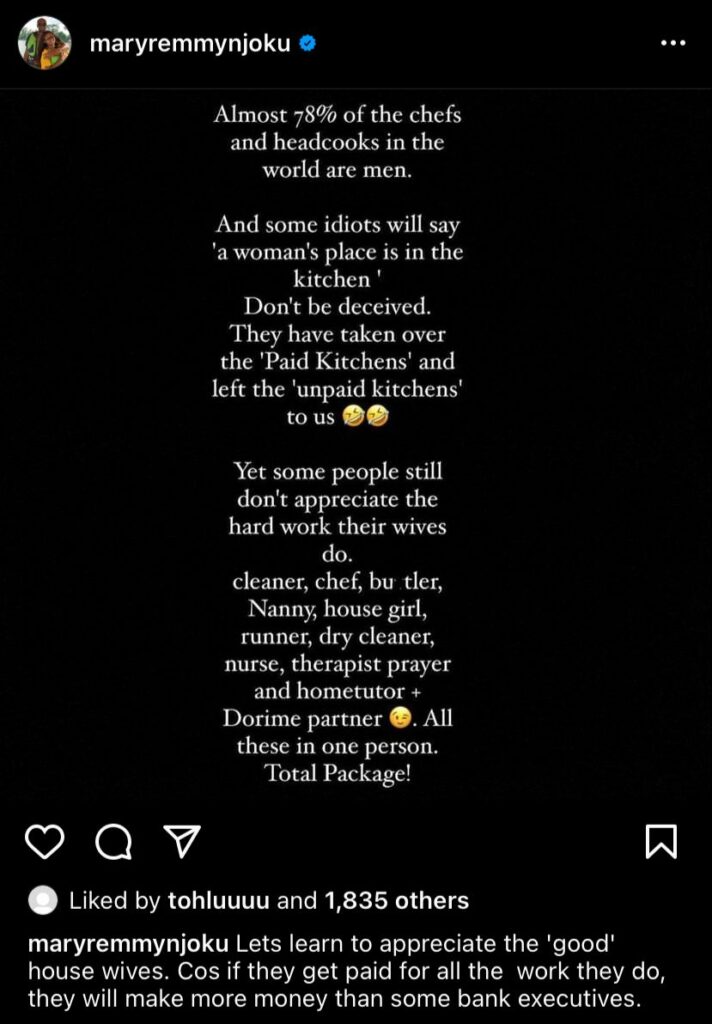 A while ago, Mary Remmy Njoku has told men that they cannot conclude about their wife being unfaithful because they found out their child isn’t truly theirs.

In a post shared on her Instagram page recently, the actress opined that men should also conduct a DNA test to ensure that the child in question also belongs to the woman. According to her, strange things are happening now. 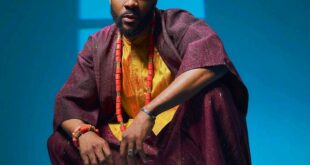 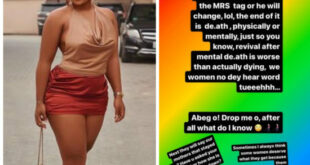 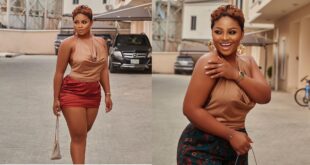 Domestic violence: Some women deserve what they get because they refuse to leave abusive marriages – Tega Dominic