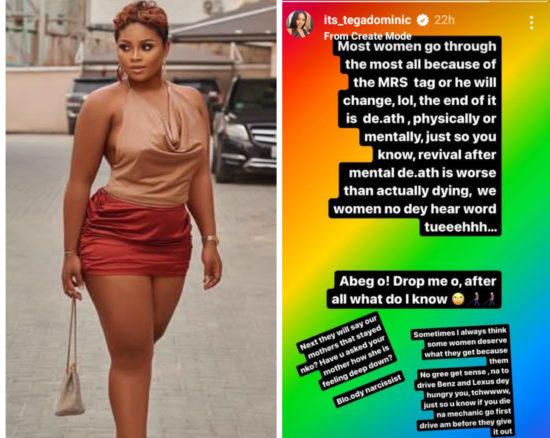 Former Big Brother Naija Shine Ya Eye housemate, Tega Dominic, has said that women who lose their lives to domestic violence deserve their fate because they refused to walk away from abusive marriages.

According to Tega, some women endure abusive relationships and domestic violence in marriage because of the ‘MRS’ tag.

“Sometimes I always think some women deserve what the get because them no gree get sense, nato drive Benz and Lexus dey hungry you. Just so you know if you die na mechanic go fist drive am before they give it out,” she wrote. Previous Flood kills 50 persons, displaces many in Jigawa
Next Traditional titles not for questionable people 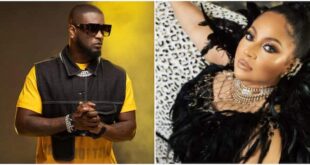