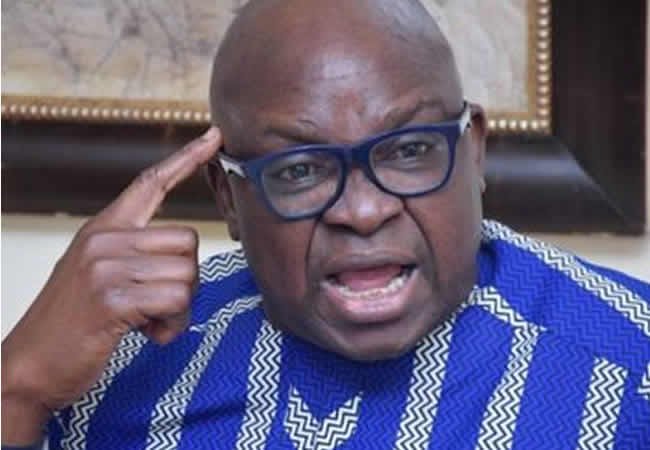 Members of the Peoples Democratic Party in Ekiti State under the aegis Ekiti PDP Stakeholders have expressed concerns over the party’s dismal performance in the June 18 governorship election, and canvassed a new leadership style to move it forward.

Stakeholders at the meeting co-convened by a former deputy governor, Prof. Kolapo Olusola-Eleka, and former PDP National Treasurer, Adewale Aribisala, called on party members ‘to go back to their units and wards and begin serious mobilisation for the Atiku Abubakar Presidential Project.’

According to a communiqué made available on Sunday by the state PDP Publicity Secretary, Raphael Adeyanju, the stakeholders including former deputy governors, former party chairmen, former national working committee members, former local government chairmen and former national and state lawmakers at the meeting on Thursday said, “There is urgent need to rẹ-strengthen the party in order to win subsequent elections in the state.

They also resolved to make efforts to reach out to a former governor and governorship candidate of the Social Democratic Party, Chief Segun Oni, to return to the party which he left earlier in the year over his dissatisfaction with the PDP governorship primary.

The stakeholders urged members “to continue to engage others still outside the party, with a view to securing their cooperation towards the success of the party’s presidential candidate, Atiku Abubakar, in the 2023 general elections.”

However, Fayose’s aide, Lere Olayinka, said, “It is their right to say what they said; it is their right to say they want collegiate or universal leadership. It is normal to pursue interests within a political party; it is also the right of others to say we want it this way. At the end of the day, we will sit down and harmonise positions and we move forward.”

Olayinka, who, derided the group, said, “If you belong to a group that you say this is a group of armed robbers, and if you come out to say you are no longer part of that group, whatever benefit you made when you were in the group should be surrendered as restitution before you can be taken to be serious.”