BBNaija 7: Sheggz’s ex opens up and makes explosive revelation on their toxic relationship 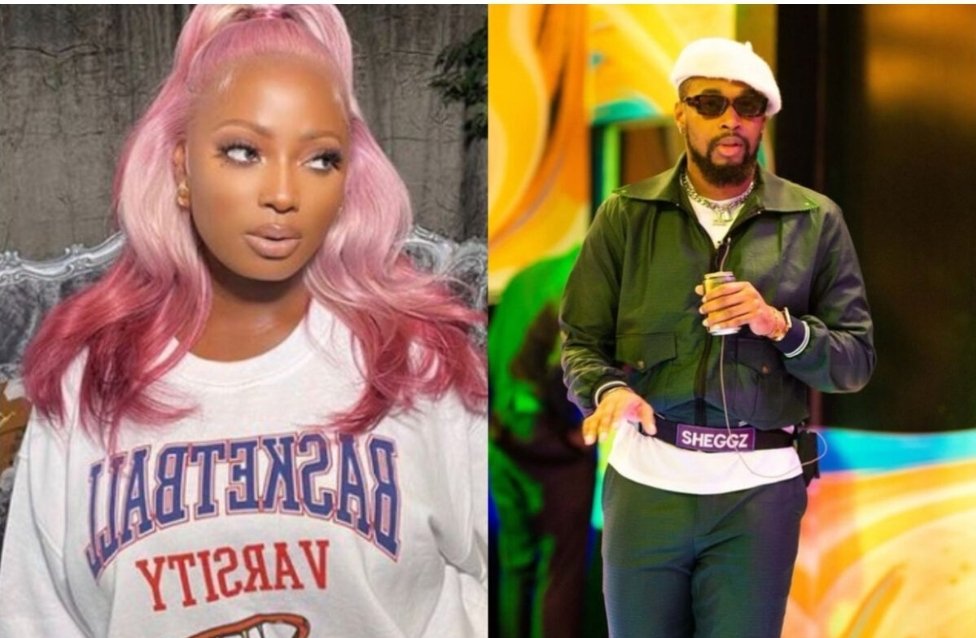 Big Brother Naija level-up housemate, Segun Olusemo, better known as Sheggz, has gotten into trouble with his ex-girlfriend, who has exposed him.

Gbemi, was set to spill all about their relationship following his latest interview.

In a lengthy post on Twitter, Gbemi opened up about their relationship. The make-up artiste described the reality star as verbally abusive, narcissistic, manipulative, overbearing and more.

Talking about the viral video, she said she made the video in 2020 after her leg injury when she and the reality star broke up. Bemi revealed that she and the reality star broke up in 2020 but reunited after he pleaded with her for a second chance. Unfortunately, the couple still broke up, and Bemi disclosed the extravagant things he did for her and her family to win her heart for the third time, which proved abortive.

Bemi also brought to light the manipulative side of the reality star, as she pointed out how he claimed he didn’t know about the video but while in the house, he spoke about it.

Bemi claimed that Sheggz went into the house to change the narrative.

According to her, he was given a script to go by, hence why his family and friends must have told him not to tell her about his going into the show.

“I’ve kept quiet all this while because I thought this will all just lie down. I’ve moved on with my life; I’m at peace and in a better place mentally. However, one thing I will not allow is to have people bully me or try to come for my bag.

You have called me all sorts of names; sent death threats and rained numerous curses on me. Over a situation that is true & 100% facts. I have nothing to do with the video resurfacing and the unwarranted harassment is still ongoing.

We dated on & off between 2019-2021. During the relationship he was mentally & verbally abusive, narcissistic, very manipulative, overbearing and the list goes on. The video circulating was posted in November 2020 after my leg injury, when we had broken up…….

He became possessive and overbearing and I had no breathing space. He was with me 24/7 unless he had to go for training for his fake football career.

He has definitely mastered the art of love bombing and manipulating women. He says things a woman would want to hear. It was almost like I was watching myself through her based on everything he was saying to her”.

Her outburst is coming a day after Sheggz triggered her with his recent interview.

The reality star, who is still on media rounds, had addressed the reports of domestic violence. Sheggz stated that he hasn’t seen the video.

The reality star noted how his name wasn’t mentioned in the video, hence, his reluctance to address it.

Sheggz, however, admitted that he knew the lady, but doesn’t understand why the blame was put on him since his name wasn’t mentioned. 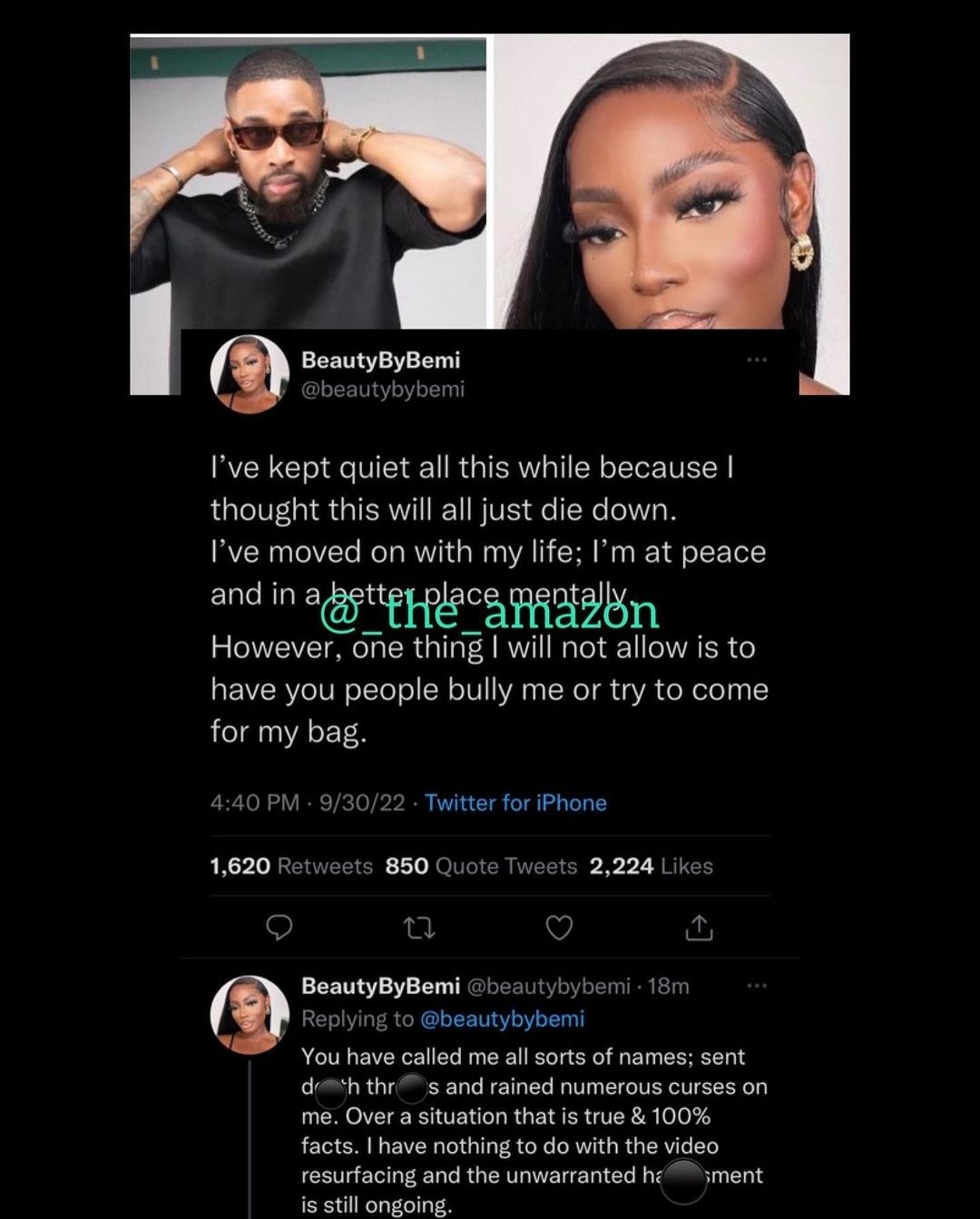 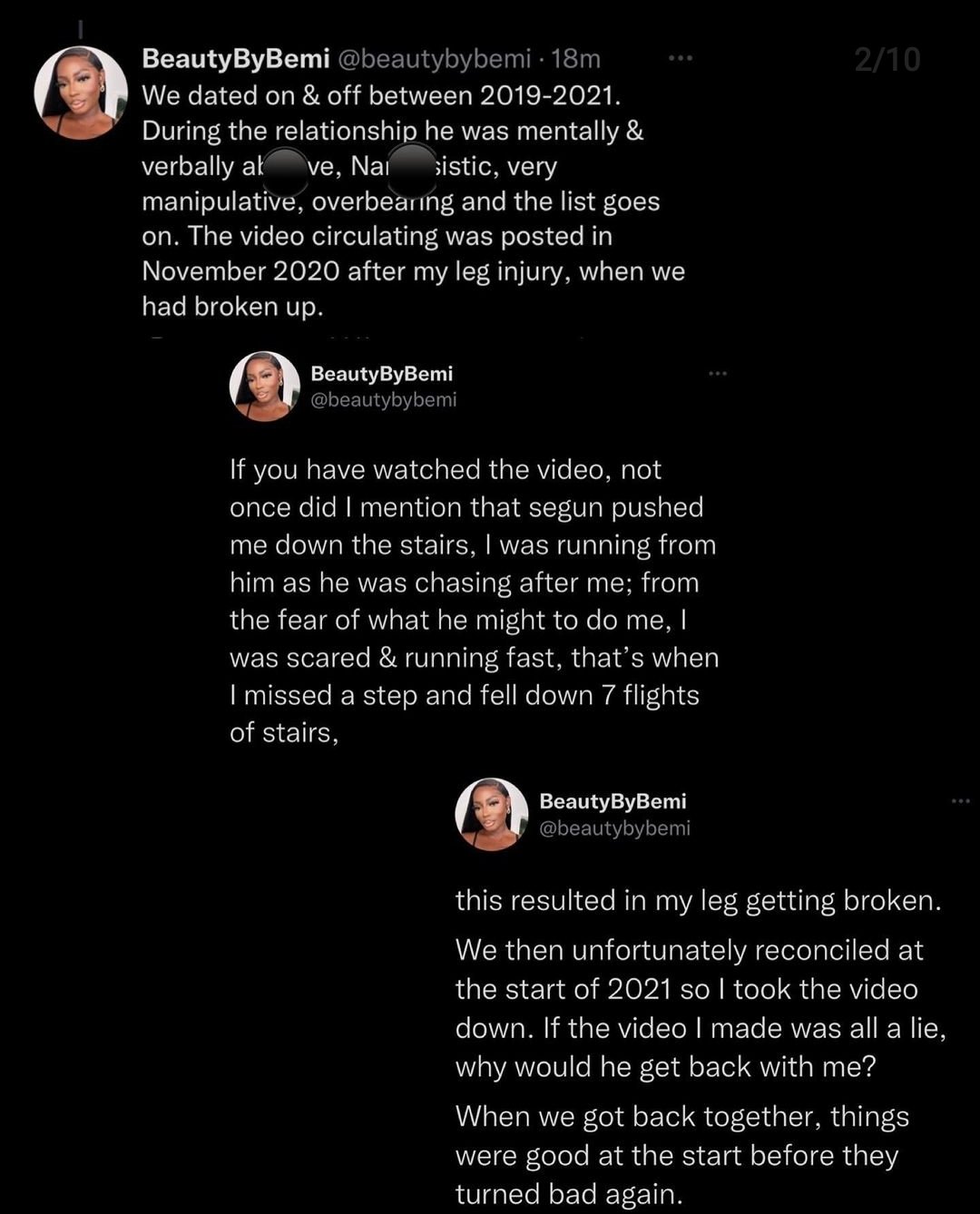 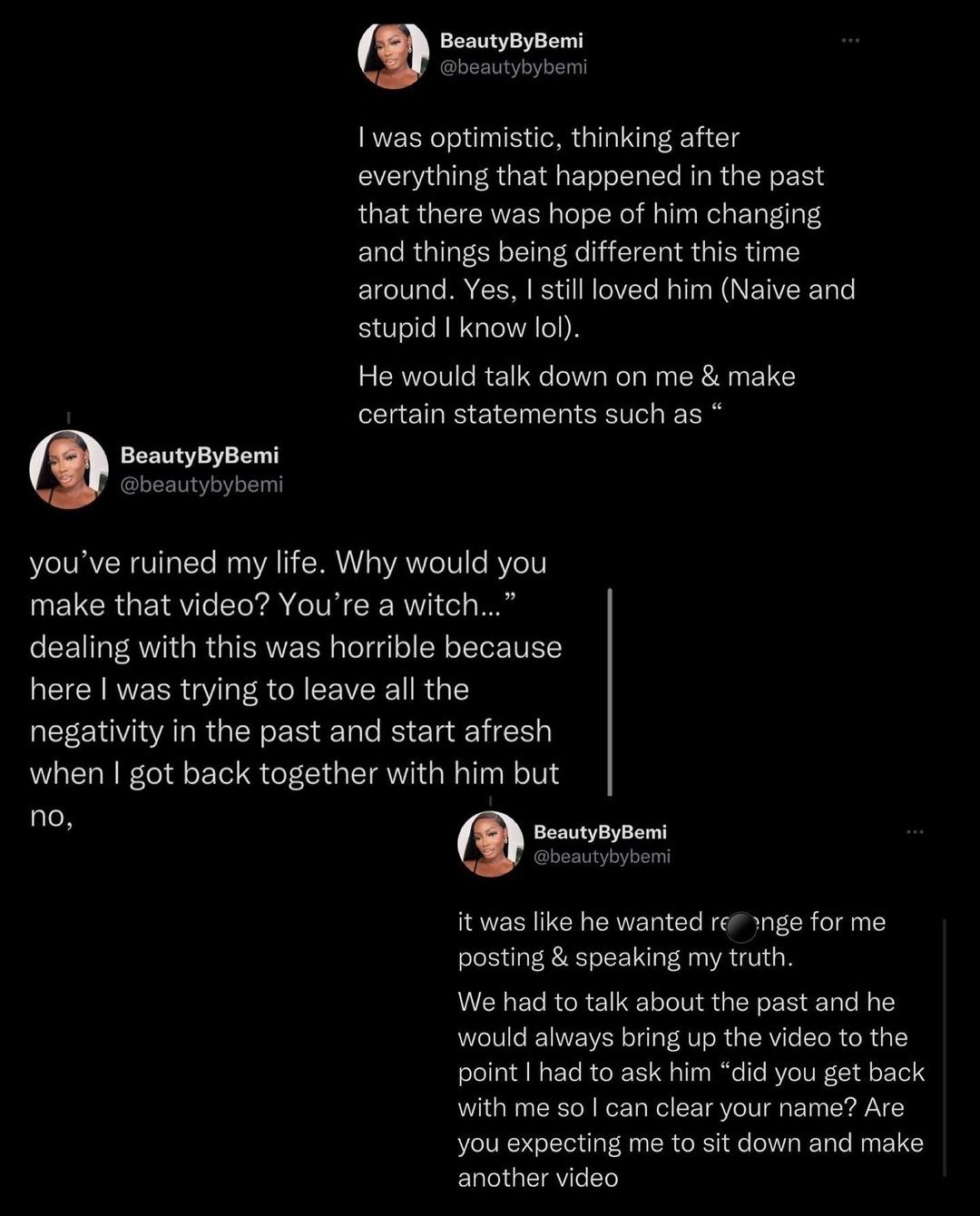 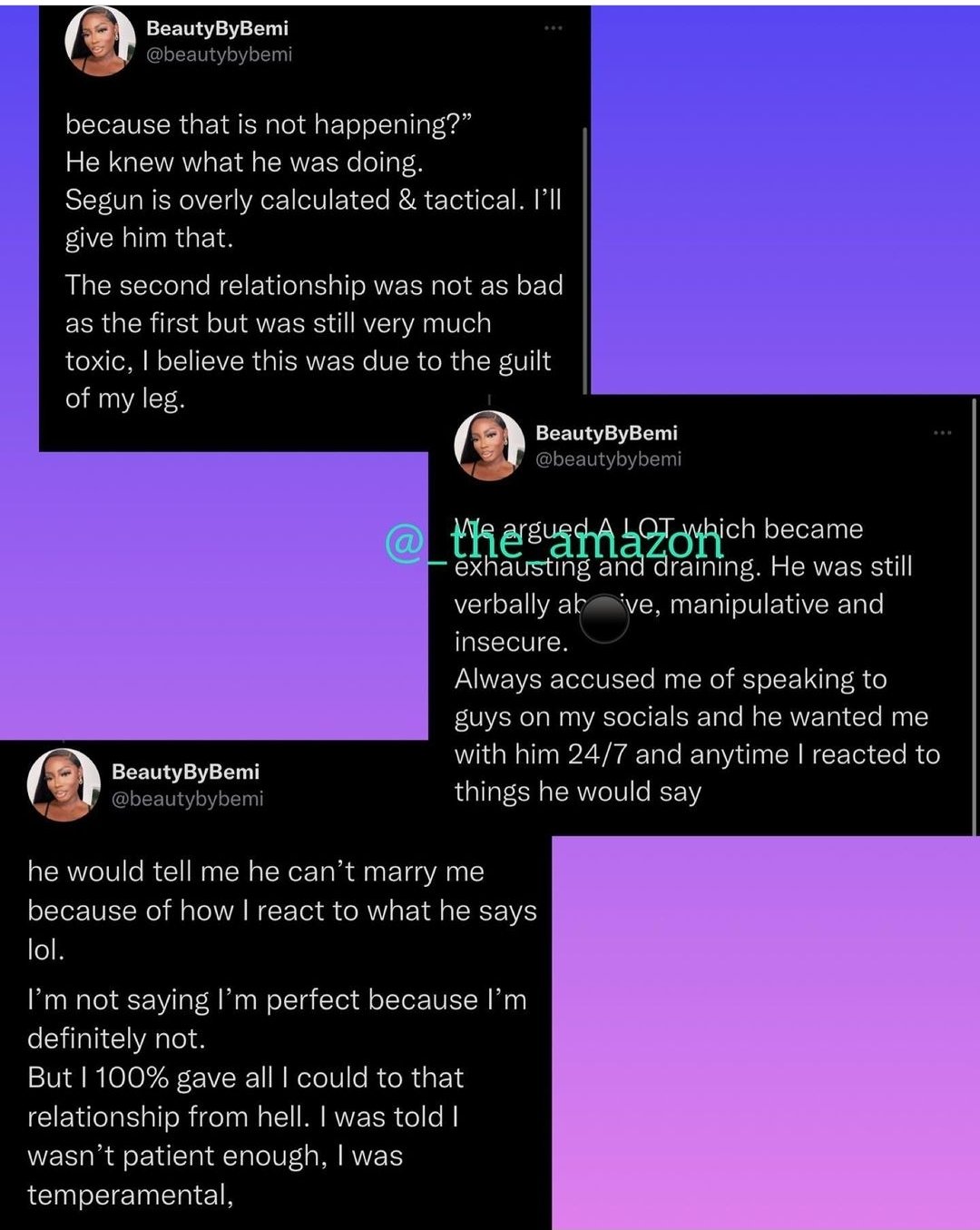 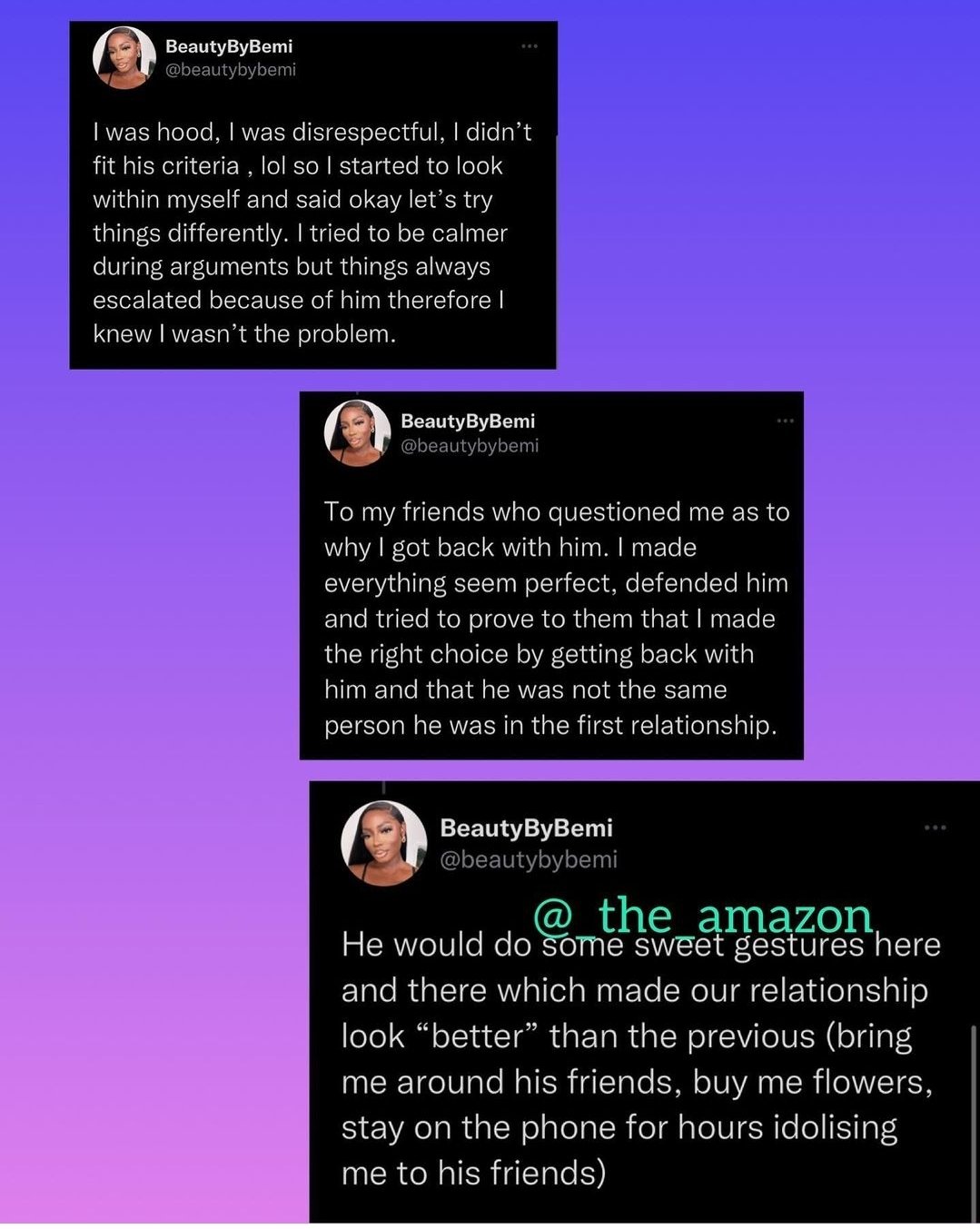 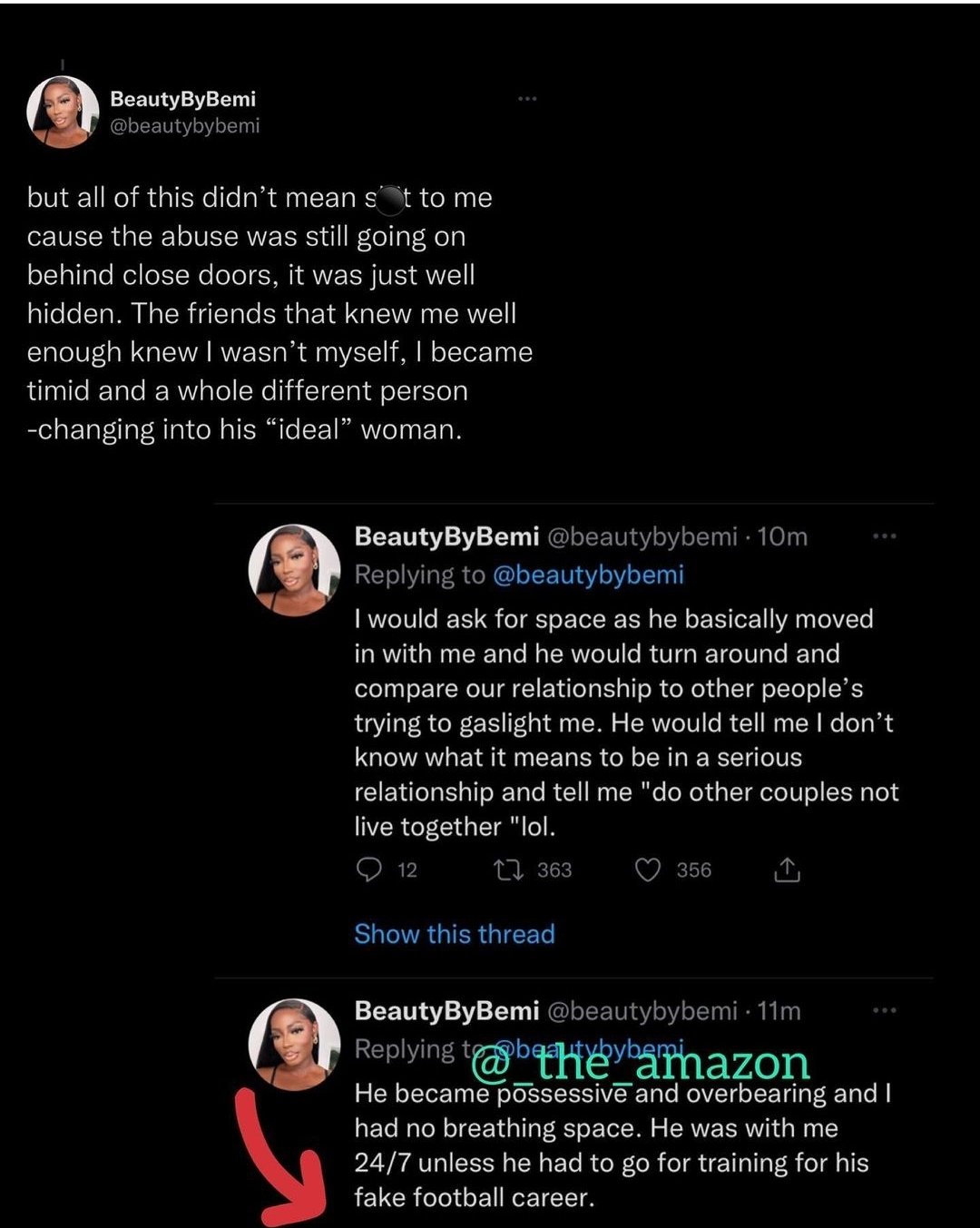 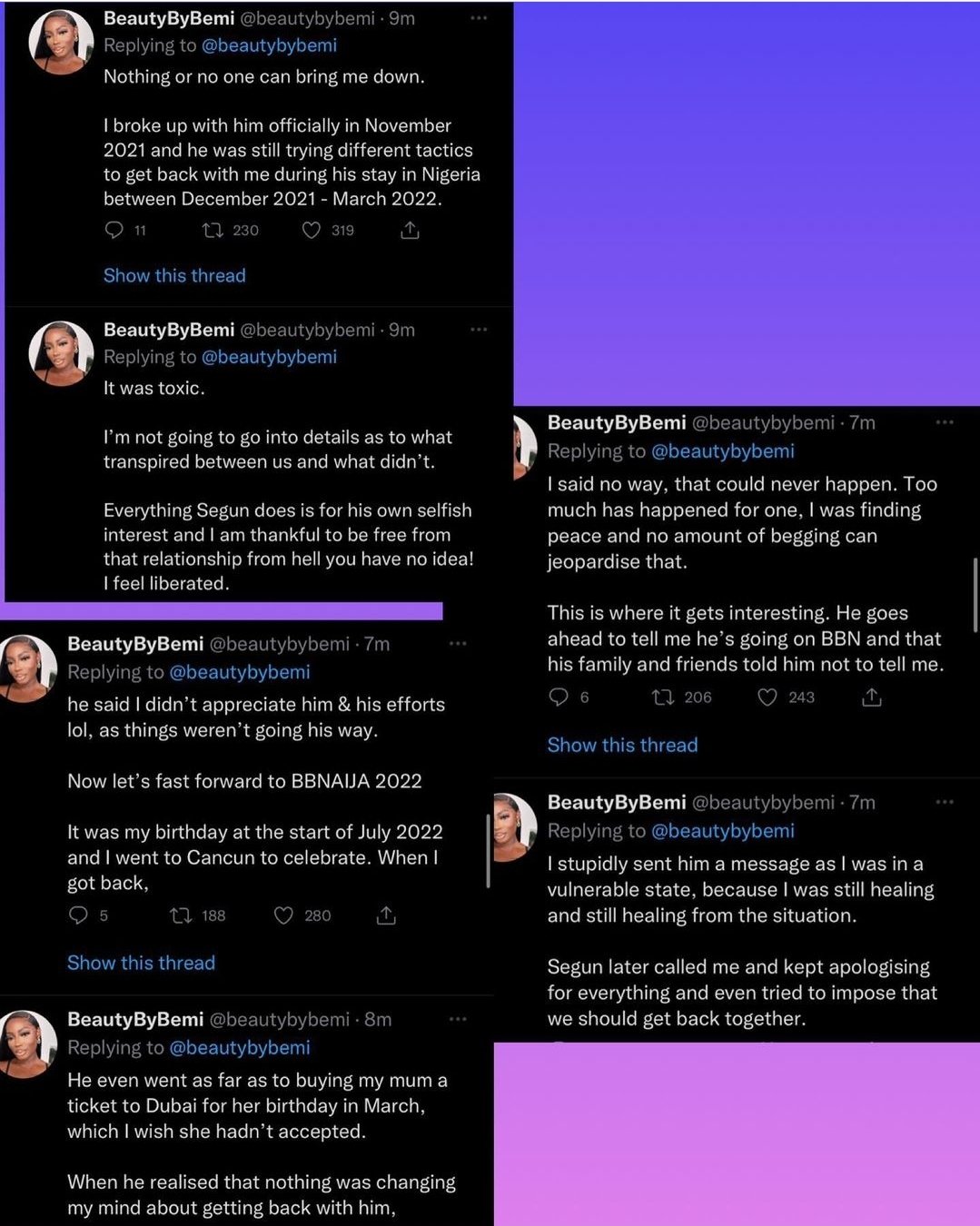 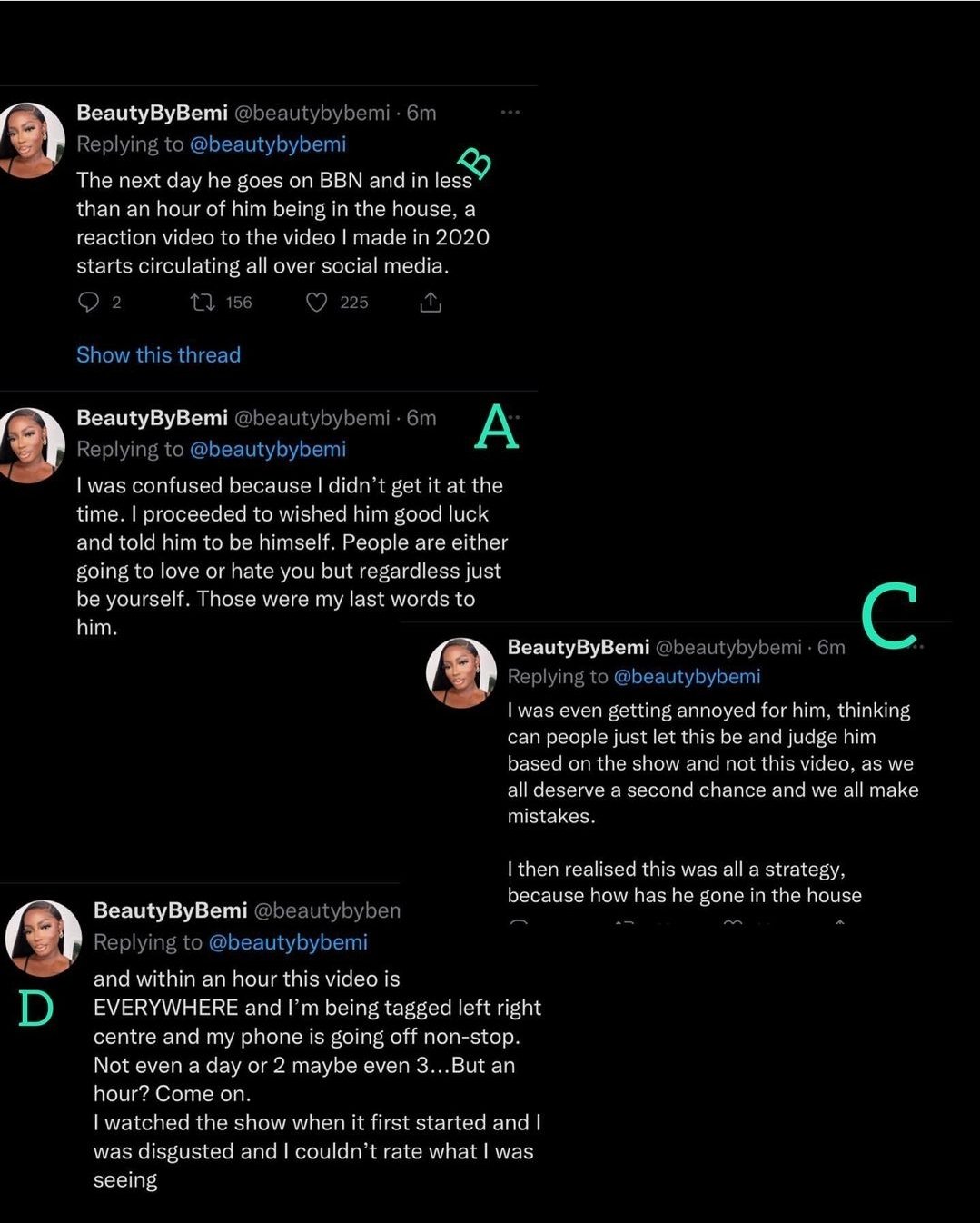 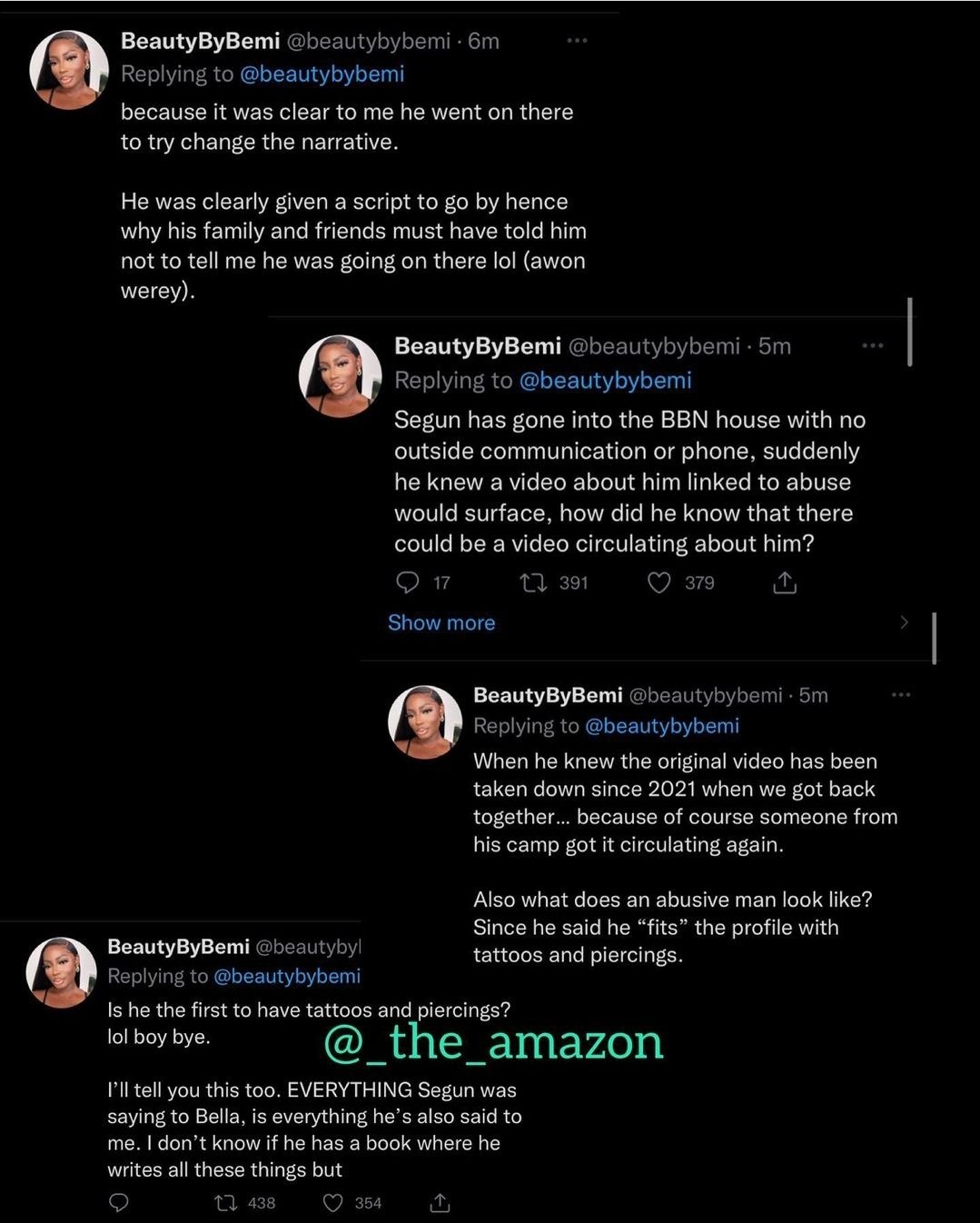 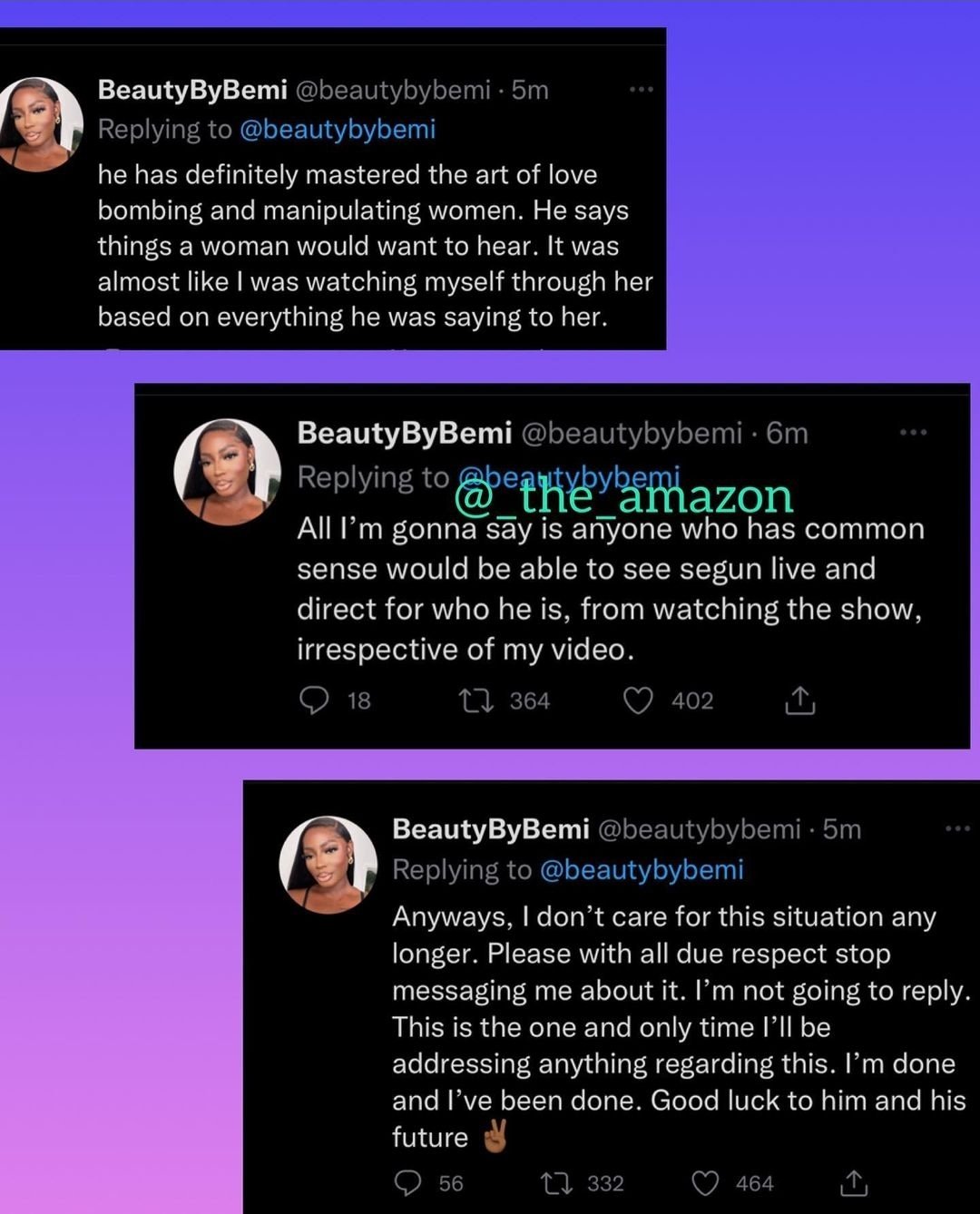 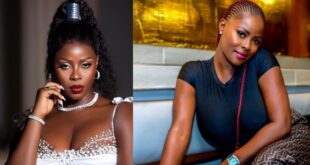 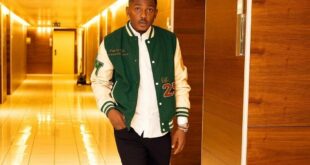 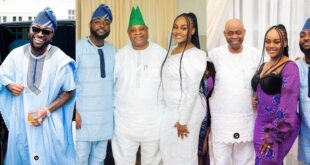