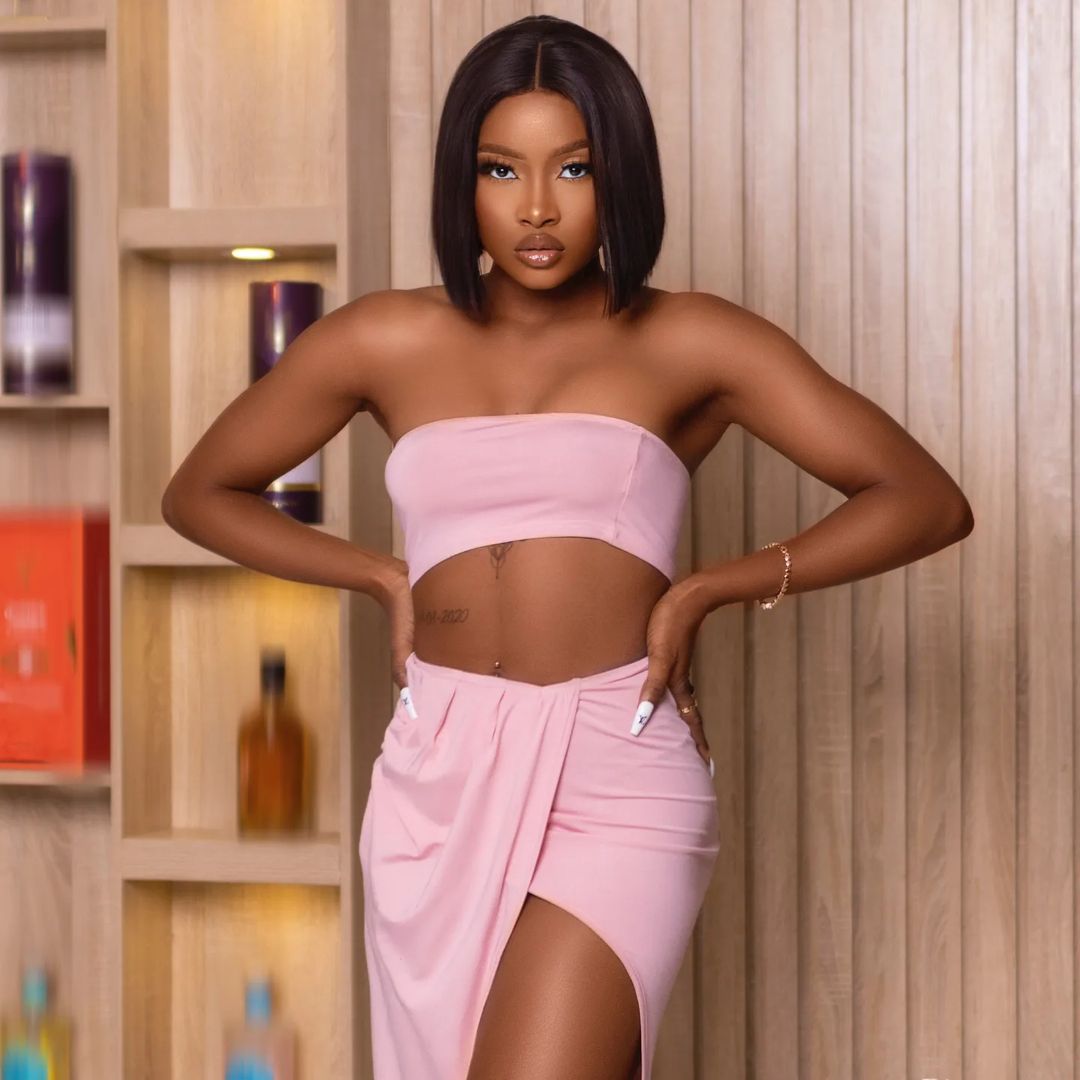 The reality tv star shared a video of herself excited with the gifts, consisting of boxes of money, sunglasses, footwear, and other items.

She captioned it;
“Thank you my BayeTribe. I really do appreciate the love.”

Some netizens chastised her and accused her of giving the presents to herself. Others criticized her because her fans were only starting to think about her now, weeks after the reality program concluded.

Ilebaye responded to the critics and asserted her supporters were genuine.

“Lol, atleat I got giftzzzzzzzz! Which did you get?! Lol. Better late than never bro bruh. Go and sleep with your Ebuka android head!
Maybe you think I’m jobless like you that will get myself giftssss and post on social media to please people like you! Lmaoo, I’m not like you and your Fav bruh!!! I don’t have time for UNNecessary shit. ” 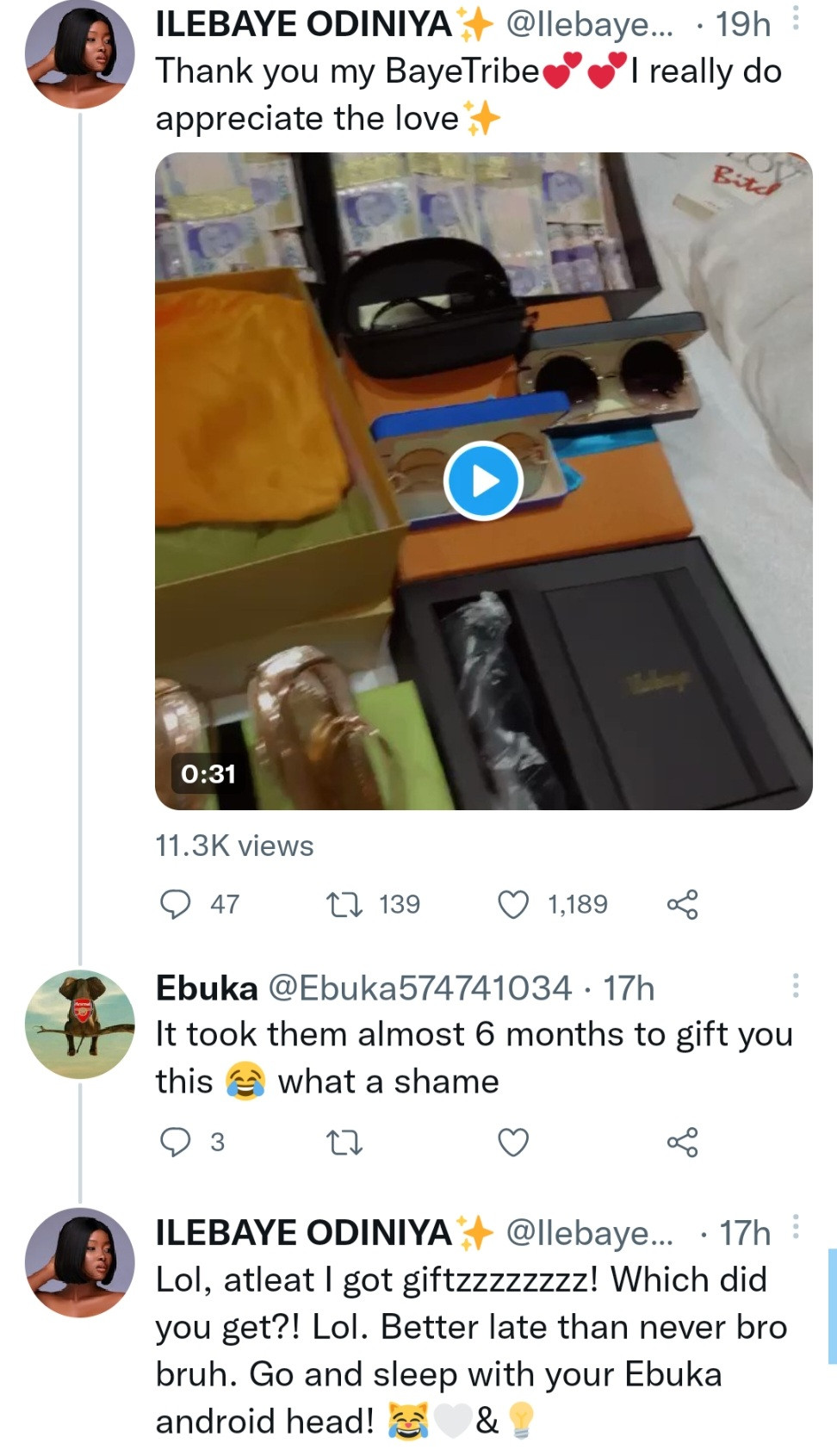 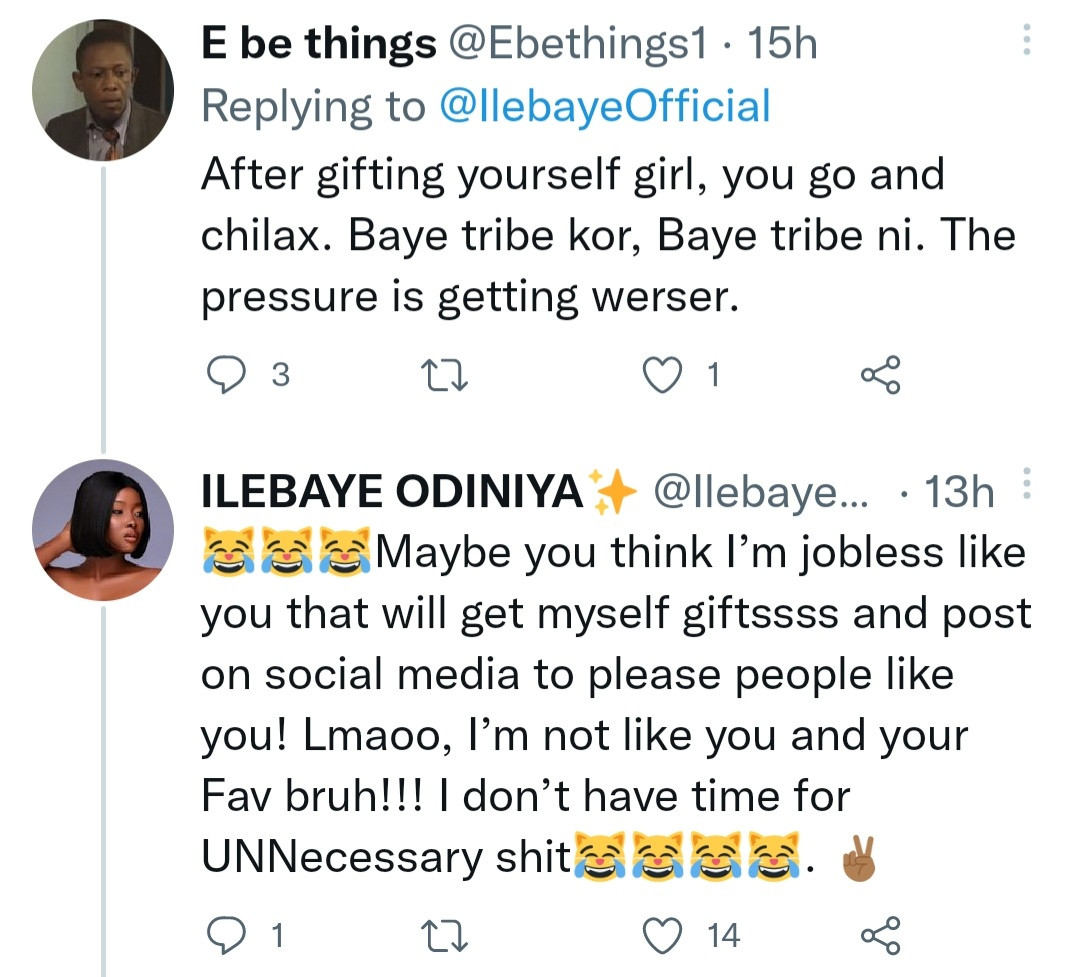