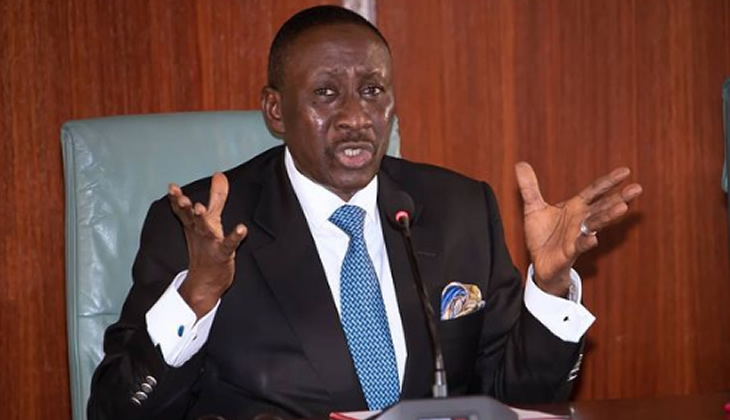 Monguno said this during the destruction of over 3,000 small arms recovered from across the country by the National Centre for the Control of Small Arms and Light Weapons.

The arms were destroyed at the Nigerian Army Command Engineering Depot on Thursday in Kaduna State.

Represented by Aminu Lawal, Director Policy and Strategy, Office of the NSA, Monguno said the proliferation of SALW was a major source of vulnerability in the society.

“It stood out as a key driver of violent conflict, crime and terrorism within and beyond Nigeria’s borders,” he added.

The NSA noted that the failure of the global community to control the availability of illicit SALW had continued to undermine global peace and significantly hinder development especially in sub-Saharan Africa.

“We recognise the complexity of the challenge of controlling the proliferation of SALW in Nigeria and the requirement for concerted action between the government, international community and all well-meaning Civil Society Organisations.

“Nonetheless, we are resolved to galvanise our strengths and unity as a nation to confront this monstrous challenge and I am optimistic that we shall overcome it,” he said.

Monguno said that establishment of the Centre in 2021 by the President, Major General Muhammadu Buhari (retd.), was a historic step towards addressing the problem of small arms proliferation through an institutional platform.

He said that the centre would structurally address all underlying contributors to the national security threat within the framework of the various international protocols and instruments.